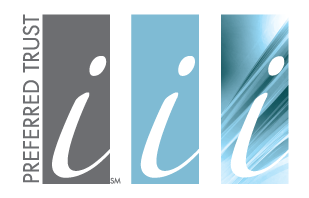 Cryptocurrency has been around for over 10 years, and much to the surprise of many skeptics, it still looks as if it is here to stay. However, despite its longevity, very few people understand what cryptocurrency is and how it works. Did you know that you can even invest in this digital currency in a Self-Directed IRA with Preferred Trust Company? Follow along to learn more about this digital asset and how you could use it to diversify your retirement portfolio.

A cryptocurrency is a digital currency (an intangible asset) that is secured by cryptography and are on a decentralized network enabled by blockchain technology. Cryptography puts the “crypto” in cryptocurrency, and is the practice of encrypting certain data to prevent it from being compromised and stolen by third parties. In this way, cryptography keeps cryptocurrency transactions secure, it controls the creation of additional units (no one can create and replicate their own, causing “inflation”), and verifies the transfer of assets.

Blockchain technology is a rather complex concept, so just to forewarn you, the following is a very simplified interpretation. The “block” is digital information, in this case the cryptocurrency transactions, and as new transactions occur (new data is created) new blocks are “strung” together in a “chain”. The “chains” are stored in a public database, in this case across a network of computers. To sum it all up, blockchain technology acts as the online ledger of all transactions conducted with cryptocurrency, and the use of a network of computers (estimated millions of computers, not exaggerating) to store and verify that information.

Are there different types of cryptocurrency?

After the success of Bitcoin, other cryptocurrencies have been making their appearance over the years and are referred to as “altcoins.” As of early 2020, it was estimated that there were more than 2,000 cryptocurrencies in existence. You may have already heard of some of them, such as Ethereum, Litecoin, Libra, and Bitcoin Cash to name a few. Altcoins are created in an attempt to produce newer versions of cryptocurrency with competitive advantages based on the perceived limitations of the original Bitcoin “template.”

Why is cryptocurrency “mined”?

It’s digital currency, there must be an infinite amount, right? That is actually untrue. For example, there are only 21 million Bitcoins in existence. Roughly 86% of those coins have been “mined” and are currently in circulation. Principally, anyone could be a “miner” because cryptocurrencies work off of a decentralized network of computers, but don’t underestimate the amount of computer power you need to actually be one. Again, the following is an extremely simplified interpretation of a complex process, but miners compete to solve “cryptographic puzzles” in order to confirm transactions as legitimate and spread them throughout the network (i.e. adding blocks to the chains). Miners are then rewarded for this effort with a token or coin of the cryptocurrency, therefore adding more into circulation.

Why do people invest in cryptocurrency?

Cryptocurrencies have a history of sometimes extreme price volatility, so why are people still investing in them? Cryptocurrency is often used as a hedge, similar to precious metals such as gold; when people are skeptical of the value of hard currency and also during times of market uncertainty in traditional assets (stocks, bonds, mutual funds, etc.) due to things such as political stressors or pandemics. Also, one of the defining features of cryptocurrencies is that they are generally not issued by a central authority, government or corporation (i.e. decentralized). In theory, this makes them immune to manipulation or interference, making them resistant to inflation. Many advocates see cryptocurrencies as the future and will someday substitute the Euro and the Dollar as the first free and hard world currency.

Why should I read cryptocurrency white papers?

As always, Preferred Trust Company highly recommends that you perform your own research and due diligence before undertaking any investment. The same goes for investing in cryptocurrency. A great place to start is by reading the Initial Coin Offering’s (ICO) white paper. You can find these white papers with a simple search on an online search engine, such as Google Search. For example, type in Bitcoin white paper, and the first item to populate is the PDF for Bitcoin’s white paper. The white paper should make you more knowledgeable about the coin itself and tell you about the value or utility the cryptocurrency is bringing to the table. If it is not well written or they don’t have one, you may want to consider moving on to more viable cryptocurrency prospects.

Stay tuned for our next installment to learn the proper procedures to invest in cryptocurrency with your Self-Directed IRA with Preferred Trust Company.